Since 1976, Manitoba’s employment rate has ranked between second and fourth among provinces.

Data is derived from Statistics Canada’s Labour Force Survey (LFS). The survey provides estimates of employment and unemployment. With the release of the survey results only 10 days after the completion of data collection, the LFS estimates are the first of the major monthly economic data series to be released. LFS data are used to produce the well-known unemployment and employment rates, as well as other standard labour market indicators, such as the employment rate and the participation rate.

Employment rates are a measure of the extent to which available labour resources (people available to work) are being used. They are calculated as the ratio of the employed to the working age population. 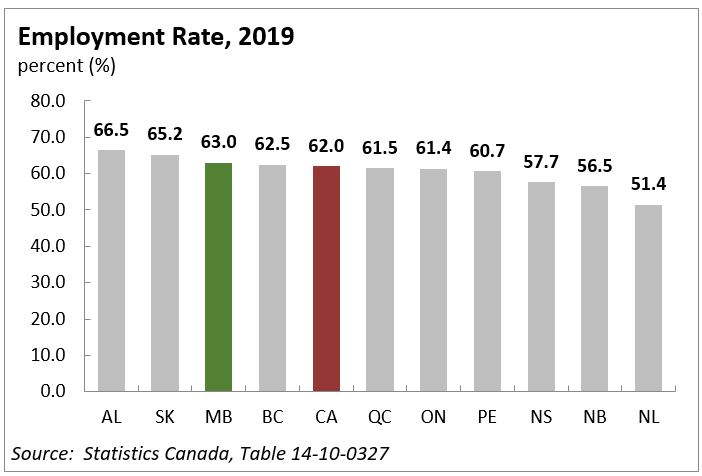 Employed people are those aged 15 or over who report that they have worked in gainful employment for at least one hour in the previous week, or who had a job but were absent from work during the reference week. The working age population refers to people aged 15 to 64.

The government will continue work to create conditions to improve quality of life and provide employment opportunities.