Statistics Canada’s Provincial and Territorial Gross Domestic Product by Income and by Expenditure Accounts Program produces annual estimates of selected aggregates of the income and expenditure accounts by province and territory, including:

Annual performance is based on chained (2012) dollars, meaning any price changes are removed from the value, thus allowing a comparison between periods. GDP ranking is based on year-over-year growth rate change and compared to the annual performance among the ten provinces.

Data are extracted from administrative files and derived from Statistics Canada surveys and other sources. 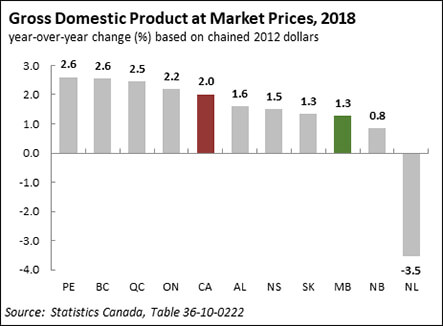 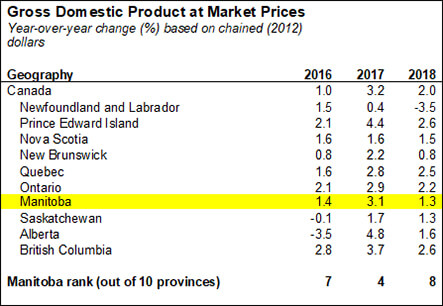 Gross Domestic Product (GDP) is one of the most widely used measures of an economy’s output or production. It is defined as the total value of goods and services produced within a jurisdiction for specific period. GDP is an accurate indication of an economy’s size. The GDP growth rate is probably the single best indicator of economic growth.

The government will continue work to create conditions to improve quality of life and grow our economy.